Rona handed out leaflet on council changes and how they affect us: https://consultationhub.edinburgh.gov.uk/bi/playyourpart/

We received an invitation to ‘Our Health Matters’ – a free event on Wednesday 30 November at 11am-3pm in St Martin’s Community Resource Centre, 232 Dalry Road. This is a Gorgie Dalry Forum event in partnership with South West Neighbourhood Partnership. There will be lots of information and activities and we will be launching the new South West Participatory Budgeting initiative – so you can come along and make your vote!

A male has been arrested for serious assault at the Co-op, Dalry Road. Several youths engaging in ASB have been found to be in possession of Class B controlled substances. Two hate crimes have been reported this month; one has been detected. Six housebreakings were reported, two have been detected. 16 crimes of assault, with 7 detected. 3 drink drivers and 2 with no MOT/insurance. There were 29 thefts, 7 of which were solved. 2 hate crimes were reported. 21 calls regarding public nuisance were made.

MS asked about nature of the reported hate crimes e.g. where they sexual, racial etc.? The police did not believe they were of a sexual nature.

Someone asked about possibility of more crime over Christmas. Police said house breakings are common at Christmas time. Also, to be careful with belongings in cars as it is easy to smash the window and take things.

RB was pleased over quick action regarding the double parking at dominos.

There was a presentation from Fourward Architecture, Ferguson Planning and Ardent about a proposed development on Russell Road. This would replace the Corstorphine Roofing building with student accommodation, housing 271 students. Lighting on Russell Road would be improved for security. There will be no parking on site, with use of bikes and public transport encouraged.

RB: Christmas lights will be turned on 11th December at 6pm. Permission has already been granted. Ann Budge will attend. Rona suggested she turns them on. Don Wilson asked to MC the event. We will need flyers for it also.

Mairie S: Suggests more foreigners speak at Christmas events to get them involved and show presence in the community.

Rona: Regarding the parks. We’re dealing with Westfield court park.

Mairie S: We campaigned hard but saw no response on the day.

Rona: No one turned up despite promises to do so apart from community council members. We have plans to improve park, e.g. play equipment.

RB: Nothing new to report about hearts development. She had a walkabout which was useful.

JP: Saw a cleaning van cleaning up dog waste in the street at Springwell place.

JP: Gorgie smiles works with business and schools to improve appearance of area. Another meeting will be held by them between 6pm-8pm on Wednesday. Suggested inviting Anne Budge to the council meetings.

NM: Garvald Christmas Bazaar on 26th Nov. One of the offices is Orwell arts at Orwell place, another is behind better bathrooms. Their workshop, waterside workshops, will perform children’s show, puppetry.

JP: He received an email from Harry Woodward. There will be an event on Thursday 8th December from 11am to 12pm in the Gorgie suite at Tynecastle. Funding organisations will be there e.g. princes trust, enterprise.

There was mention of Leith neighbourhood partnership and 44 community groups offering grants.

Rona: she was at a community council meeting. A couple of letting agents want more visibility. She suggests they come to these meetings and she invites them.

Rona attended a meeting of Gorgie Dalry Community Forum. This is forum made up of local community groups who meet on a regular basis to collaborate with events, work together and share news.  Attending the meeting were two housing officers whose remit includes the Caledonian and Orwell areas. It was suggested that we could invite them to attend one of our meetings. The Community Council agreed but there was general agreement that someone from Canmore should attend our meetings.
Rona to contact Harry Woodward from Dunedin Canmore as he used to attend and still recieves the minutes.

JP: On 3rd December from 10am to 12pm at the city chambers – there will be an induction event for new community councillors.

End of meeting: Next meeting is on 5th December. Rona asks if we will meet in January but we decide to meet on first Monday in February instead. 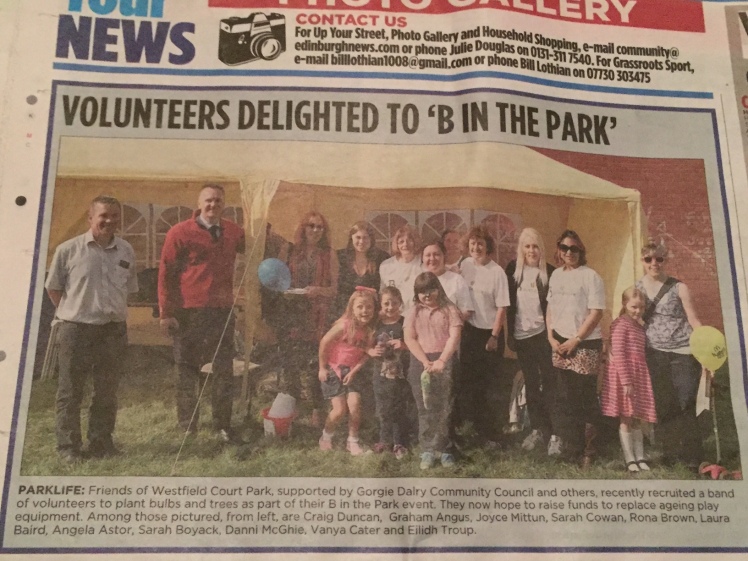